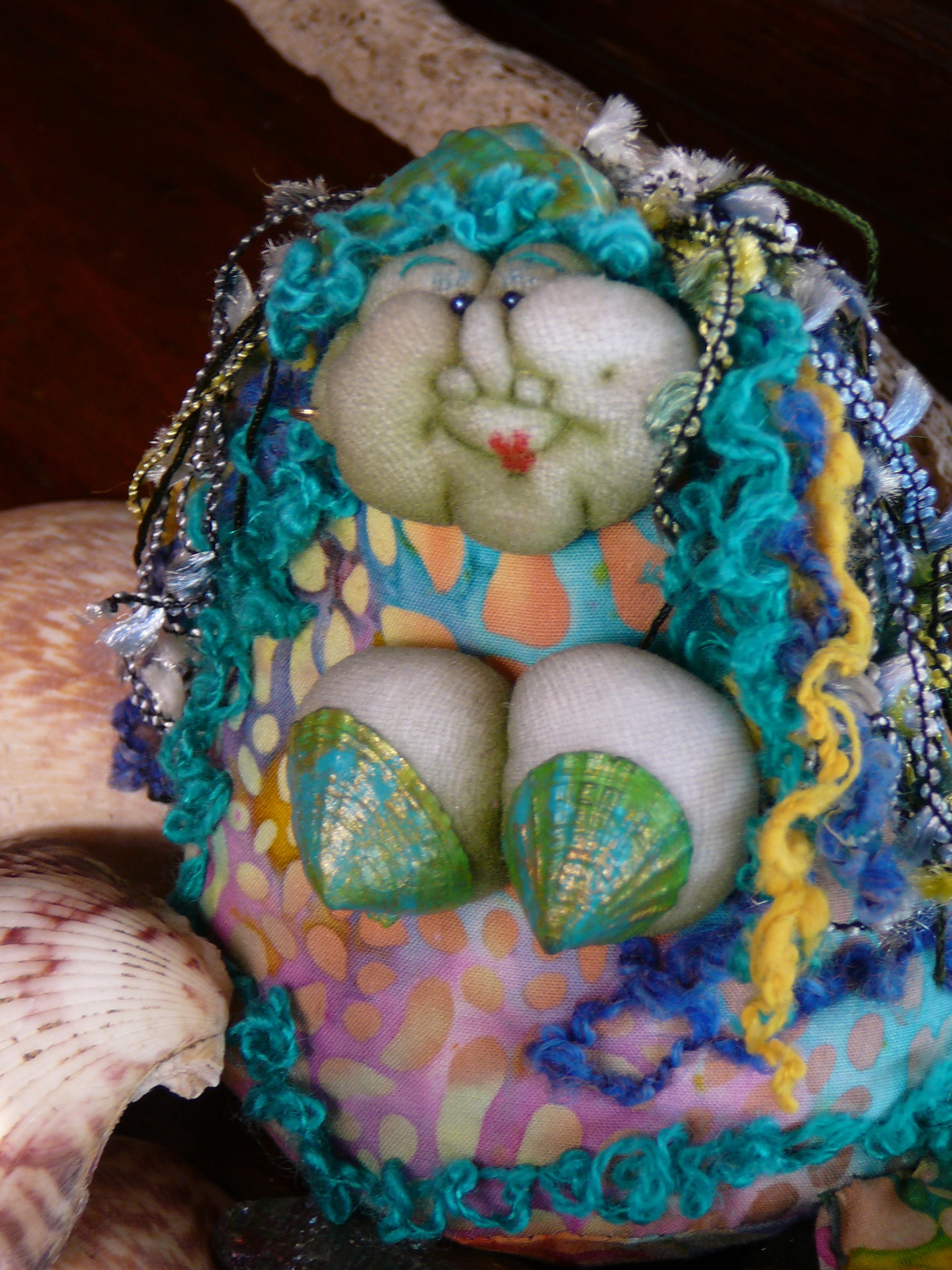 The Audrey Eleanor leaves Meyers Chuck, Alaska early in the afternoon.  We have made plans to meet up with the “Jenny” and her crew, the floating dentist and his wife for cocktails, but the Inn was full.  Anchoring looked to be a bit precarious at Meyers Chuck; we felt it was best to head for the next horizon.

Santa Ana Bay looks to be a great place to spend the night; we head north to find out.  I can hear a strange sound, zz-zzzz-zzing sound like razors slicing through material at a high speed…no I have not experienced that, but it’s the best way that I can describe it.  A very excited Captain yells “quick, look portside!”  The ocean is alive, alive with Dahl porpoises.  They look like miniature killer whales and they move like lightening.   They cut the water so fast that it sounds like electric knives or razors.

This pod or pods of porpoises have discovered a school of salmon.  There are hundreds of shiny black and white bodies surrounding the boat. The ocean is roiling with porpoises and escaping salmon.  It only takes seconds for the eagles and gulls to come screaming in for their share. It’s a cacophony of screaming, fighting birds and rolling mammals.  On the bow we have a front row seat and narrowly miss getting whacked in the head by eagles.  They are concentrating on stealing what fish they can and nothing else matters.

The gulls come in shrieking a bluff at the eagles and dart back out of claw and slashing beak range in the last second. Porpoises streak through the water and grab air with their catch of salmon flopping desperately in attempts to escape.  It’s a boiling, roiling soggy wet dining room.

As quickly as it starts, it ends.  The porpoises now have leisure time to digest dinner.  They appear to think that we are a large black floating obstacle in their dining room, moving way slower than they are.  But what the heck maybe they can force us to slow down while they digest that lovely salmon and catch a ride in the bow wake of this slow old tub.

This is my first encounter with curious porpoises.  I lean over the bow to watch them play in the wake; it’s about five feet to the water. They are more curious than I am.  A quick flip on their backs and we have eye-to-eye contact.  Are they smiling at me?  It sure looks like it with their standardized grin.

What to do?  Say hello of course, ask how they are doing, would they consider today’s catch a good grade of salmon, where are they going to be tomorrow? How’s the weather down there…one way conversations run out of steam quickly.  As long as I talk to them they stay on their backs watching me.  Any lengthy pause in the conversation and they are gone as quickly as bored teenagers.  I have mentioned in a previous storey of a friend who knows about such things, she said they like female opera singers; I would like to try to play some opera for them to see if this is so.

The porpoises follow us just into the mouth of Santa Ana Bay and they leave.  We head further into the cove and pass under double rainbows. This must be a place of magic, to have such an escort and be able to enter through a gateway of rainbows, were are we?

Santa Ana is a beautiful bay with a fresh water river trickling in at the mouth, at low tide it is a river that roars.  The anchor is dropped and we decide to roar ashore to explore, we do not row, we roar.  The last water that we filled the tanks with had been heavily chlorinated so we are happy to find fresh drinking water.  There are fresh bear signs everywhere; this is heavy bush so we don’t venture too far from the shore.

As the tide falls the big round river boulders are exposed.  Beautiful indigo mussel shells cover the rocks and sparkle like jewels in the sunshine.  There are millions of them blanketing the rocks, ranging in size from barely visible to 6 inches in length.  This is heaven; I have to say that I have a weakness for mussels in white wine.  Damn reality, or the realty known as the Captain, he tends to be really real sometimes.  He points out that we don’t know if this area is affected by red tide.

I do know that as a rule May is not a usual time for red tide and these are icy cold waters; do we want to take a chance?  Well I suppose not, he volunteers to rub some on his lips to see if there is a reaction (something that he used to do with mushrooms when he was trapping).  No, I do not want mussels that bad. Now I wonder why the bears aren’t eating the shiny blue mussels.  In this land of plenty, only salmon bellies may tempt them with their oily goodness.

Several days later in Wrangell, Alaska I call the Fish and Wildlife Department to ask about red tide reports.  We were going to be travelling in this area for some time so why not find out from the source?  The lady on the phone had a very strong south of the border accent.  When I asked her about the mussels and the red tide she firstly stated that only the low of the low would eat mussels and as far as the red tide thing went, “when we read ‘bout it in the ‘bituary” (obituary) we know we got us a problem”.  Good enough, we know that we are defiantly on our own.

By now you may have noticed that we like to try things that out of the ordinary or off of the beaten path.  Well Zimovia Straight is hardly a path.  ‘God Hates a Coward,’ my Captains war cry and here we go.  The entry isn’t too bad and there are range markers dead ahead as I can see with my trusty binoculars.  As we get closer to the starboard marker I say to the Captain that they must have had a storm in this area and the marker has been washed up on shore.

The range marker (these are aids to navigation) appears to be in the water along side the bank, the tide is running hard enough that the marker is laying flat with water rooster tailing up over it.  Its decision time, what to do? I am adamant that the marker must have been blown ashore, how on earth could they expect a boat to get that close to the shore and not run aground.

The Captain cranks us hard to portside and behind us over our shoulders is the next marker that we have to have to our starboard side.  We head towards this navigation aid and all of a sudden the depth sounder begins to yell that we have no water underneath our hull. Get out, get out!

Slamming her hard back into reverse the Captain pours the power to our dual engines.  The sudden action and full throttle creates a great wake that lifts us off of the shoal.  We sheepishly (me mostly) head back toward the shore bound marker that we needed to stay by in the first place.  The Captain has to stop and start to pivot us around the navigation aids in these narrows.  At one marker we had to stop and back up so that we could round the marker.  No more narrow escapes, no more second-guessing the markers, no more doubts about the aids of navigation.

Wrangell Narrows was spoken about in our Power Squadron course as being a nerve-wracking challenge.  I believe that I counted 64 navigation lights in Wrangell Narrows, it is also known as Christmas Tree Lane.  Starboard lights are red and portside lights are green, so the colors alternating all along the narrows do make it feel kind of Christmassy.  After Zimovia, Wrangell Narrows feels like a freeway.  After we had finished talking to Fish and Wildlife in Wrangell we decided to go down to the pub for a beer.  Some of the local fishermen were taking a break as well.  They asked us if we were off of the old wooden boat and then the usual questions, which way did you come and how was the weather?

When the Captain replied that we had come through Zimovia Straights and that the weather had been wonderful, there was a brief lull in the conversation.  One of the older fishermen asked the Captain again, did you say Zimovia son? (The Captain really liked being referred to as son).

We had established that this was our first trip on our new old boat and that we were green as grass.  The Captain said “yes, Zimovia”.   The fisherman replied “well my boy, you missed a lot of rocks out there, especially in a boat that size, I don’t think you can call yourself green no more.”