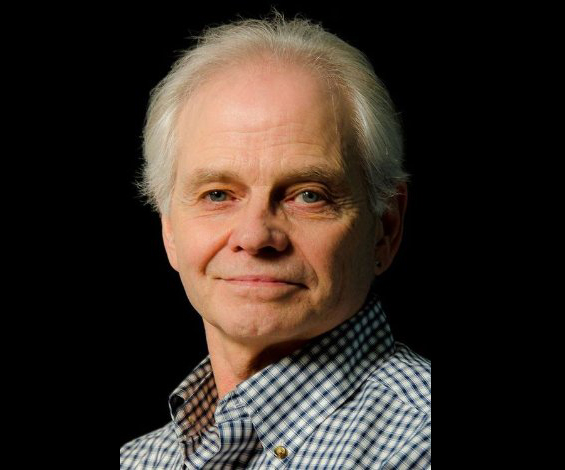 An Interview with Norm Hamilton who wrote a novel on the results of fracking, irresponsible mining, and polluted waters. Norm Hamilton is a well-known Yukoner. His new novel, From Thine Own Well, explores a dystopian Canadian society set in 2036, a scant 24 years after FIPA (Foreign Investment Protection Agreement) of October 2012. In an interview with Gurdeep Pandher, he tells more about his book.

YT: What’s the title of your book, and what is your book about?
NH: The book is titled From Thine Own Well. Basically, what it’s about is – it’s a futuristic novel, so it’s about the results of fracking, and irresponsible mining, and how watersheds get polluted, and how corporate interests take over Canada, in general. The book itself is centered in Yukon.

YT: What inspired you to write this book?
NH: Well, I spent the last forty years living in Yukon. And throughout that time, I’ve watched governments doing various things, much of which is geared towards mining development and so on, and more recently towards oil and gas development. So this book is a piece of fiction that’s really created from my observations coupled with my fears, concerns, and, of course, my biases. And what transpired from that is a book on a dystopian culture – an anti-utopian culture – in Canada. Now, that’s sort of where it came from.

YT: For how long have you been writing this book? When did you start it?
NH: It’s interesting because in the fall of 2012, we were selling our home in the Yukon. I got involved with a group called NaNoWriMo – National Novel Writing of the Month. So for the month of November, I sat each day for about three hours, and wrote to tell the story. After that – and you had to get at least 50 000 words, and I had well over that. From that point, however, it took over a year of rewrites, proofreading, copy-editing, getting beta readers to read it, and then finally a complete editing, and a cover created, before it was actually published. So it’s been over a year.

YT: How are unrestricted mining causing environmental damages in the Yukon? Your observations?
NH: There’s much involved with that. However, throughout the world, everywhere there’s been fracking, there’s been problems with the watersheds and the water that people are supposed to be drinking. Mining itself – Yukon Government, in my mind, keeps proclaiming that mining is sort of the be-all and end-all. And yet, it’s kind of collapsed over the last few years. We cannot do without mining, we cannot do without oil and gas exploration, but I believe we need to be more cautious about what we do. The book also stems from the FIPA agreements – the Foreign Investment Protection Agreements. And what they do is they allow foreign corporations to come into Canada, and if a government sets up a regulation that makes it so they make less money than they think they should, they can sue the government. That goes to an international tribunal – it doesn’t even go to court. So, in the book, that has taken place on a number of occasions, and the government has been effectively bankrupted because of it.

YT: Because they don’t have any power, right?
NH: That has been removed from them. And, again, in the book – and it’s a fictional account – the government is now controlled by international corporate interests.

YT: You put a great emphasis on drinking water in your book. Please tell me more about this?
NH: Yes. I believe that in relatively short time, water is going to have more – well it already has more value than any mineral that we can come up with. But it’s going to have more monetary value as well, because we keep polluting it everywhere we go. Yukon is one of the last vestiges of pure water left in the world, and my belief is that we have to protect that and guard it jealously. So we have to be very careful about what we do with it. If we pollute one part of a watershed, because it’s a watershed, it’s going to fl ow through the entire area, and we’ll end up without water to drink. And at that point, whoever can provide us with that water has complete control of us.

YT: The Yukon Government in January 2014 approved the Peel Watershed area for development. So what are your comments on this?
NH: I find it incomprehensible that they would go completely against the recommendation of the Peel Watershed Review Committee – the land use committee that spent all the years and the time and effort in the studies. And the Government totally ignored that. So I find that quite disconcerting.

YT: Your book draws the reader to a dystopian Canadian society setting in 2036. Why did you choose this year to make a point?
NH: Because it is my belief – what created the thought for me was the Foreign Investment Protection Agreement with China that was done in 2012. And I kind of was curious, if that went bad, and others followed, how long would it take before Canada was in serious trouble? And it came to me that it could happen very quickly, for two reasons. One, as soon as the tribunals give an order that the Government owes money, then that’s more money that we owe. And, unless Canadians stand up against their government when they think it’s necessary, it’s just going to happen and we’re not going to do anything to stop it. So at this point, Canadians are not going to electoral polls, they’re not standing up for what they really want. From what I’m seeing on social networks and so on, there’s a lot of talk, but too many people are not standing up for it. So if we don’t stand up for something, we’re going to be mowed right over. And 2036 came to me, and I thought: “24 years? Yeah, it could happen that quick.”

YT: Related to the previous question, what could happen if the Foreign Investment Protection Agreement of 2012 goes against Canadians?
NH: That’s what the novel is all about. People no longer have any rights, it’s been completely taken away from them. The corporate interest must be served at all costs. Mining companies – not all – some mining companies have started to ignore regulations, so they’re polluting the water as well. The fracking is causing watersheds to become corrupted, and has also shifted some of the plates in the Tintina trench. Because the corporate entity told them to, government is capping off wells, and forcing people to purchase bottled water from the corporation. In general, it’s just all gone completely opposite of what we experience today.

YT: In your book, you refer to “The Coalition”. What is The Coalition, and how are they working?
NH: The Coalition is a non-existent entity at this point – it’s, again, a fictional entity. The FIPA agreement of 2012 was with China, and the book assumes that a number of other agreements – and that’s happening, again, as we speak – there’s more agreements being put in place. And when the first one sues successfully, the others jump on the bandwagon and they all end up being owed countless billions of dollars by the Canadian government. So they form a coalition to run Canada. So The Coalition is formed by these corporations that are owed the money.

YT: Your book discusses the issues of mining and fracking. How have you woven these issues to make a novel? These are current political, economic, environmental issues – how did you put them together into the novel?
NH: It’s really written not from the perspective of mining companies or oil and gas companies. It’s written from the perspective of the citizens that have been impacted by that. As it turns out, there’s a baker’s dozen of Yukoners that end up together – and one dog – who come together because they cannot tolerate what’s going on anymore, and they end up working towards change. The other half of that, of course, is the people who work for The Coalition, for that group of companies that is now running things. So it’s written from the standpoint of: when this is already taking place, we need to do something about it.

YT: What’s the price of your book, and where can it be purchased from?
NH: In Canada, the price is $19.99. It’s available in Whitehorse at Coles bookstore and at Well-read Books. It’s also available online, and it’s difficult to quote a price there because the online stores tend to compete with each other, and the price is fluctuating everywhere from about $13.00 up. A signed paperback is available by going to my website and ordering it from there, because I can then sign it and mail it out from there. That’s normhamilton.ca/writer. The book is also available in numerous e-book formats for Kindle, Kobo, Sony, and iBooks, and all the rest of it. And they’re all online as well. And as an e-book, it’s only priced at $2.99 right now.

YT: What would you like to say to the readers about your book? What message do you want to convey to them?
NH: Other than inviting them to pick up the book and read it, and let me know what they think of it. That’s always nice – I’m getting some excellent and wonderful reviews posted on Amazon about what people are thinking, and feeling very humbled by the amount of positive response to the book itself. I’m hearing everything from how exciting it is to what a thought-provoking story it is. I’m really grateful to the readers and my fans of the book. I think the biggest thing is that it does give pause for thought. So I invite people to read it.

YT: Thank you so much Norm for joining me for this brief interview!
NH: Thank you for having me. It was a pleasure meeting you and spending some time with you.

Because it is my belief – what created the thought for me was the Foreign Investment Protection Agreement with China that was done in 2012. And I kind of was curious, if that went bad, and others followed, how long would it take before Canada was in serious trouble? And it came to me that it could happen very quickly, for two reasons. One, as soon as the tribunals give an order that the Government owes money, then that’s more money that we owe. And, unless Canadians stand up against their government when they think it’s necessary, it’s just going to happen and we’re not going to do anything to stop it. So at this point, Canadians are not going to electoral polls, they’re not standing up for what they really want.