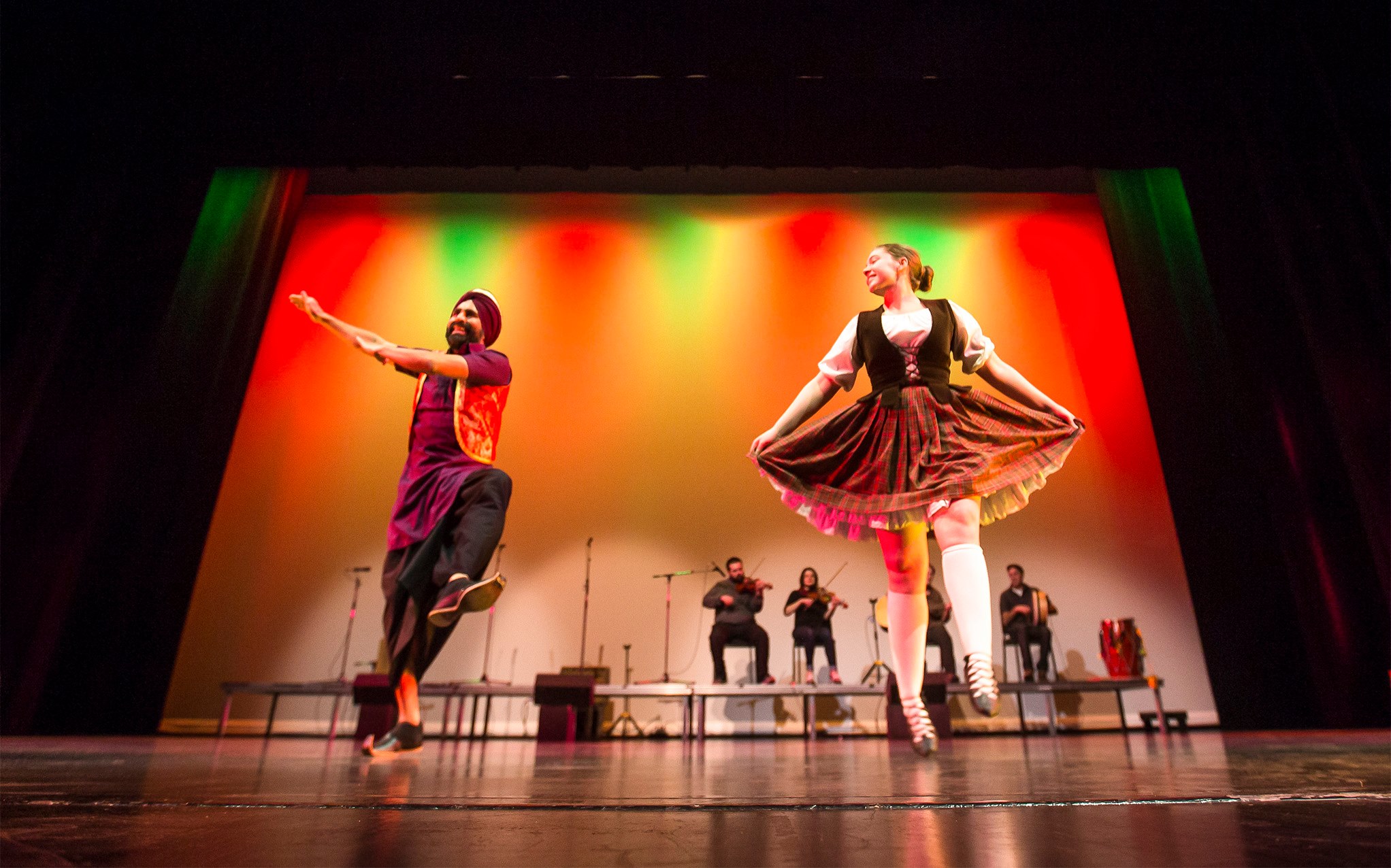 Photos from 2018 Bhangra concert “Bhangra- Dance of Punjab”, created by Gurdeep Pandher at The Yukon Arts Centre, Whitehorse, Yukon, Canada on December 18, 2018. Around 400 people attended the very colourful show on the workday evening in the middle of busy December month.

We combined many Yukon cultures on stage under the tagline “Connecting Yukon Cultures via Bhangra”. Not only we celebrated the Sikh/Punjabi cultural dance in the Yukon, but also brought many other local cultures together. Being “inclusive, open, secular, and doing things together” is our strength.

During the concert, Yukon’s charities raised more than $1500 via their silent auction to benefit non-profit local societies. Their proceeds went to Humane Society Yukon and Little Footprints, Big Steps, Big Steps in appreciation of their launch of their new thrift store Whitehorse Yukon Community Thrift Store. They sold everything which they brought on their tables.

When there is cold season around, we warm up the holidays spirit with our high-energy Bhangra moves. We bring delights, make faces smile, and contribute towards community service.

(All Photos by: Christian Kuntz Photography)