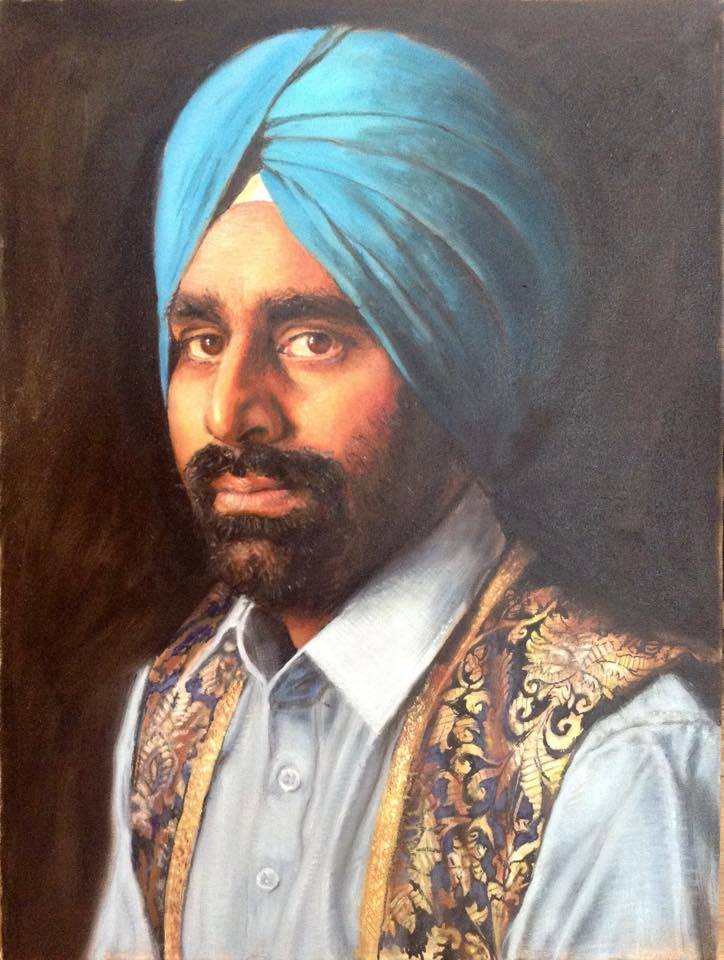 A paining by the Yukon artist Colin Alexander on Gurdeep Pandher.

More info on Colin Alexander’s life and works from his website:-

Colin Alexander was born in Grande Cache, Alberta in 1978. At an early age he began pursuing an interest in art, copying the drawings of the old masters into his childhood notebooks. During his teenage years living on the gulf islands, he taught himself to draw with chalk pastels and to paint in oils and acrylics, inspired by the unique light effects of the Pacific Coast seascape.

A fascination with the works of Rembrandt and Vermeer led him to specialize in figurative work,and during his travels in Ireland, France and Spain in 1999-2000 he supported himself by drawing street portraits.

Colin settled in the Yukon in 2004, and built an off-grid studio outside of Whitehorse where he and his wife now live and work. Over the last twelve years he has painted over thirty murals throughout the city. His solo exhibitions have showcased insightful portraits and epic landscapes, created with traditional oil on canvas, street-art inspired stencil techniques, and copper sheets oxidized with a propane torch.

Throughout all of his work is evident his interest the quality of light; the way it falls on a face or a landscape, and the individuality it reveals.