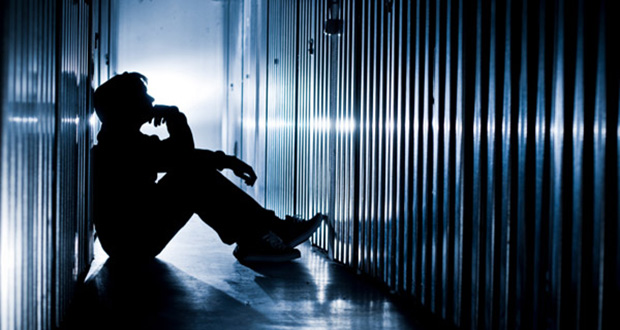 IT was a crisp day in May, snowflakes gently flying in the breeze. At the bus stop, a woman wearing a colourful toque to conceal her balding head wondered aloud whether summer would ever arrive. The woman let out a deep cough that seemed to arise from a deathly monster within her. She was going through her third chemotherapy session, and silently wondered whether she would make it through summer, assuming it did arrive.

The several others waiting for the bus stood a distance from her. As the bus pulled up, someone lashed out at her weak body to the cheers of the group. “Get lost, sick lady!” they exclaimed to her as they filed past her slumped on the ground. As the bus pulled away without her, someone announced they had the episode on video and would post it to YouTube for everyone’s amusement.

Imagine if we treated everyone with compromised health the way we treat those with mental-health challenges. The above story did not happen. The following, however, certainly did:

I was driving to my favourite biking trails with the radio on, listening to the story of the man who harmed himself with a knife on the Today Show’s Rockefeller Plaza set on June 6. The broadcaster explained how the man was tackled to the ground to cheers from the crowd. He then went on to exclaim that in any event with a crowd, there is guaranteed to be at least one stupid person. He expressed his worry that here was a stupid person who pulled a really stupid move.

According to the Mental Health Commission of Canada, the economic cost of mental illness is in excess of $50 billion annually, yet well over half of the people struggling with their mental health fail to receive the health services they need. One of the major barriers for getting treatment is this stigma, which is propagated by such comments as the one made by the broadcaster, as well as a lack of knowledge on mental health issues. This worsens the issue, and I worry how many people struggling with their mental health heard the commentator.

At some point in his or her lifetime, everyone will experience feelings of isolation, loneliness, sadness, emotional distress or disconnection from things. Mental illness occurs when a person’s ability to function over a long period of time is affected. Depending on the illness, it can disturb the sufferer’s thinking, mood or behaviour, and it can either have no obvious triggers, or can be set off by life events that we all find difficult: the loss of a job, a death, a romantic breakup or a loss of physical health to name a few.

Self harm or suicide can arise from some form of mental illness. It’s not a sign of weakness or stupidity, but rather an intense internal pain that manifests itself in physical form. Twenty-five per cent of deaths among youth are due to suicide, and this number increases dramatically in aboriginal populations. Of the 4,000 Canadians who die by suicide each year, most were confronting a mental-health problem. As with physical illnesses, development of a mental illness depends on a complex array of factors including genetics, physiology, environment and personal experiences, and therefore cannot be judged, as it is impossible to know another’s experience.

Mental illness does not mean the affected are “stupid” or less “mentally tough” – quite the contrary. I was a hiking guide for the wilderness therapy program of Simon Fraser University’s Students for Mental Wellness, a club started by my friends, and some of the most courageous people I’ve met are those that have struggled with their mental wellness. Similarly, here in Pelly Crossing, there is a high prevalence of mental illness due to the horrific experiences many of the people here have endured. This originates from the abuse suffered in residential schools, and the intergenerational cycle of social woes created by the obliteration of their language and culture. Knowing their stories sheds light on how mental illness including addictions can progress, and the incredible strength of character they demonstrate through their hardship and recovery.

My vision for the future is that opening dialogue on mental illness will increase knowledge and awareness, and that a corollary of that will be an eradication of the stigma that is held in our society, which is not only a roadblock to treatment, but also a factor that exacerbates this issue, one that either directly or indirectly affects us all.