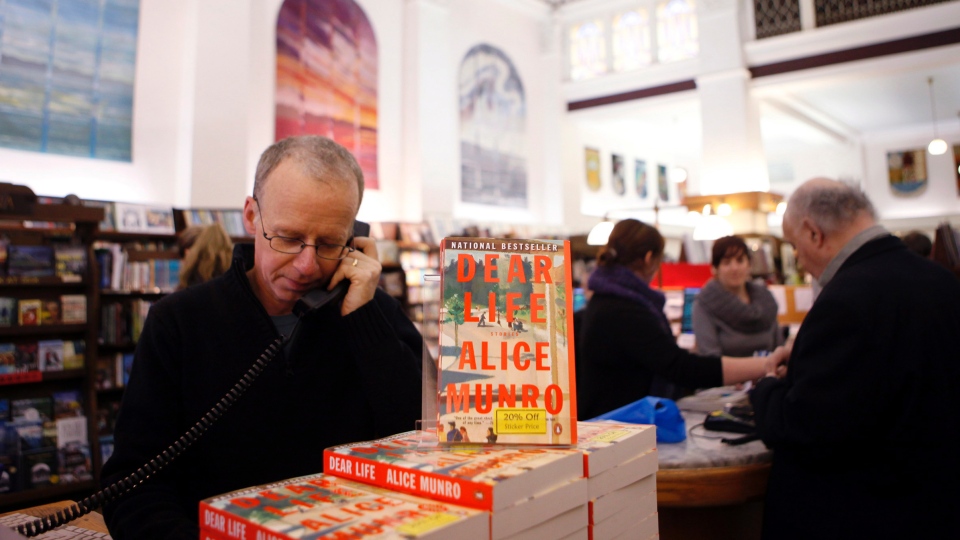 Author Alice Munro has been in the news a lot lately, because she recently earned a Nobel Prize for her achievements in literature (2013). If you’re curious about the life and times of this living legend, you’ll enjoy this article.

By detailing some of her most impressive literary efforts, as well as a bit of biographical information about her Canadian upbringing and her personal life, we’ll allow you to gain a deeper understanding of the author and her unique sensibility.

Alice Ann Munro started out life as Alice Ann Laidlaw. Her father farmed, while her mother worked as a teacher. During her teen years, Alice Munro began to write stories which already displayed her unique and resonant knowledge of human relationships and their endless (and fascinating) complications. After graduating, she moved on to post-secondary education at the University of Western Ontario.
While studying English and journalism, she earned money by waitressing, picking tobacco and working as a clerk in a local library. By 1951, Munro decided to take another path. She eschewed university in favor of marriage, to James Munro, whom she’d met at UWO. At this point, the couple moved west, to Vancouver, so James could work in the retail industry. By 1963, the couple were ready to make another change. They journeyed to scenic Victoria, B.C., where they opened a book store.

During the late 1960s, Munro’s anthology of tales, Dance of the Happy Shades, was awarded the Governor General’s Award. Afterwards, she penned her famous grouping of interconnected stories, Lives of Girls and Women, which was published in the early 1970s. Everything that Munro touched seemed to turn to gold, as she continued to produce top-tier work, such as Who Do You Think You Are?
During the late Seventies, Munro became a globetrotter as she visited a range of nations, including China and Sweden. By the Eighties, she was ready to settle down, by taking on the esteemed position of in-house writer at Vancouver’s UBC.
In fall of 2013, Alice Munro earned the Nobel Prize which has triggered so much media fanfare. Because her mastery of short stories is virtually unparalleled, she is clearly very deserving of this literary price.

Munro Has a Unique Voice

Alice Munro celebrates the culture of Canada by setting the majority of stories in her childhood home of Huron County, Ontario. In addition, she creates atmosphere by utilizing an all-seeing narrative style. Her characters typically balk against the conventions of the region, in understated, yet powerful ways. In this respect, she shares some style similarities with another literary great, William Faulkner.
As you can see, Munro is a highly-accomplished woman who is a great credit to her country. In addition, she is a loving mother, a screenwriter and a contributor to some of the world’s most important magazines, such as New Yorker and Vanity Fair. If you haven’t read Munro’s works, be sure to experience all that she has to offer as a writer. You will surely not be disappointed.