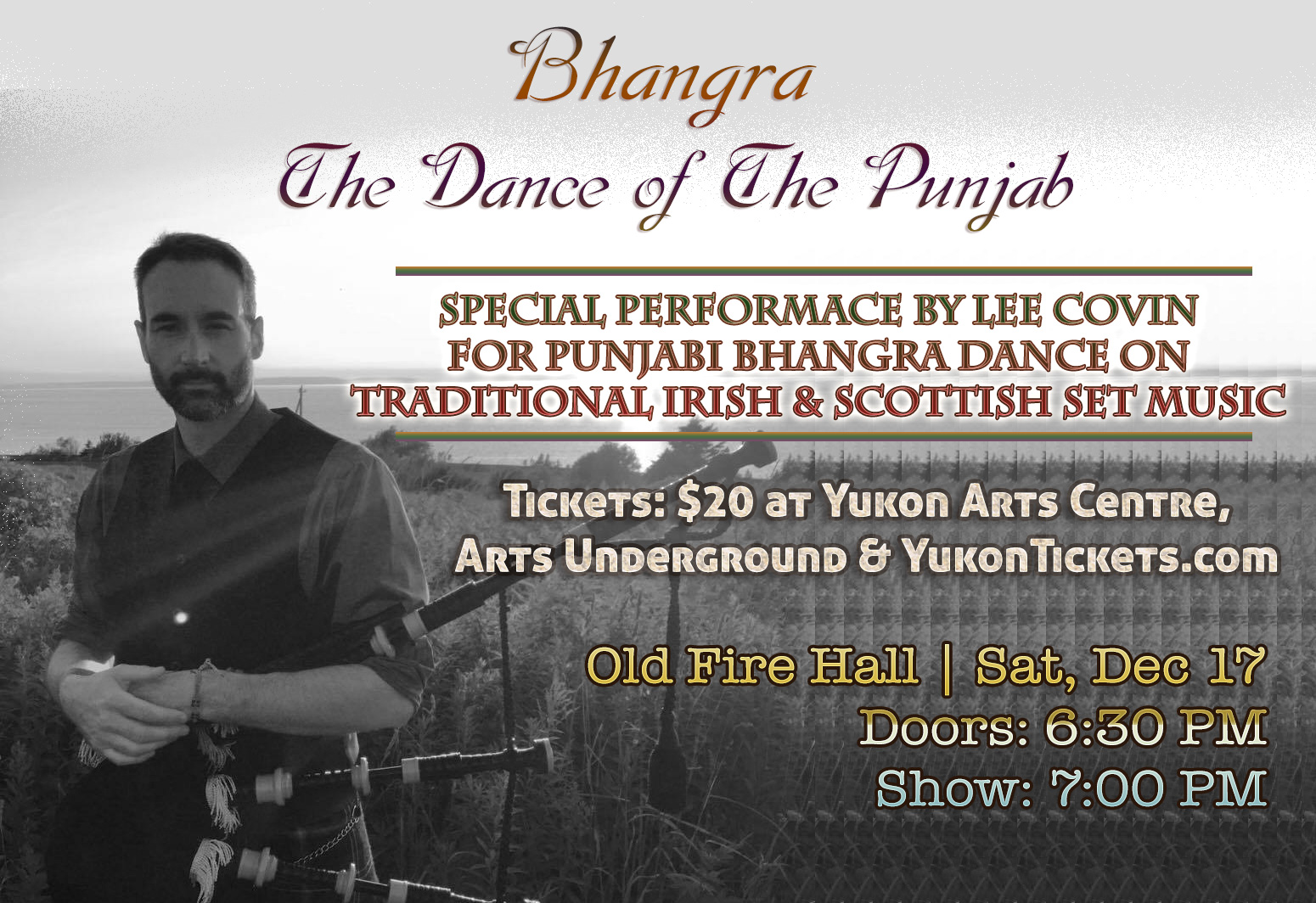 Ladies and Gentlemen! I take a true pleasure by announcing that Lee Covin, my brother, will perform at our show “Bhangra – The Dance of the Punjab” on Dec 17 at the Old Fire Hall.

Lee Covin will be the part of the band known as Crooked Folk to bring the musical light to the Traditional Irish and Scottish Set Music with his Irish Whistles and Small Pipes so that we all can dance Punjabi Bhangra with the authentic traditional Scottish and Irish tunes.

Greatly inspired by his father, Lee Covin began playing the Great Highland Bagpipe at age nine. After numerous years with pipe bands, Lee expended into playing Irish Whistles, Scottish Small-Pipes, as well as Guitar and became a member of a musical group which created unique arrangements with traditional Scottish and Irish music: An endeavour which continues with the session group Crooked Folk. With his heavy stomping foot and acute listening ear, Lee’s father continues to be his most significant musical inspiration.