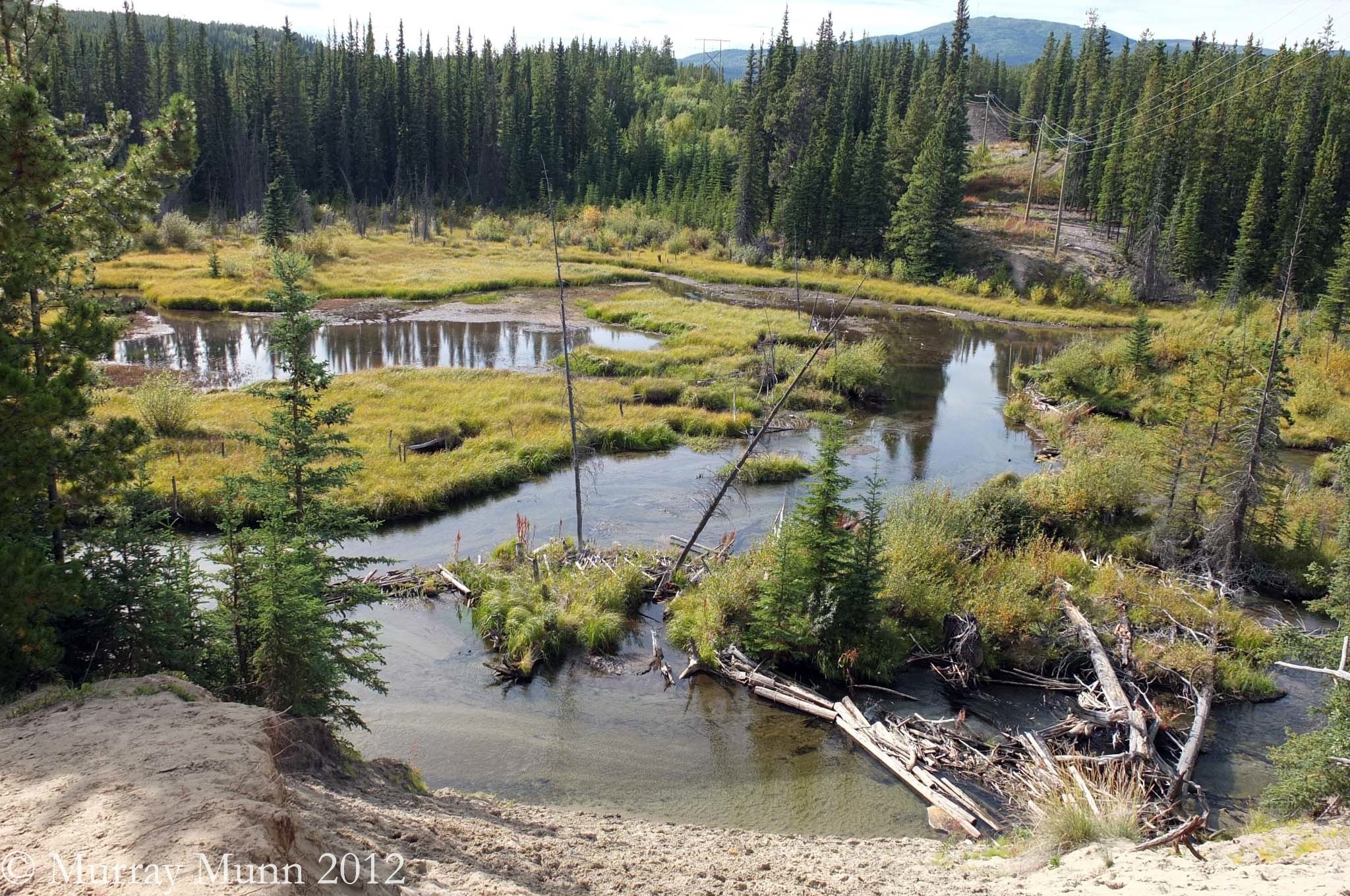 Sometimes there’s a story, but it’s subtle.  There are loads of hidden facts, even more piles of conjecture, but no easy way to tie it up into a tidy news bundle.  Damned if the sticks don’t fall out, the plaster loosen.  This is such a story.

I first wrote this by prior arrangement with The Whitehorse Star.  I never heard back, so I just shelved the story.  After all, it’s ridiculously long.  Hard work for an editor with only so much available space.  But one wants one’s work to see the light of day, so I have offered the story to this online-only, one-man venue, Yukon Times.  Gurdeep has shown interest, and I have changed references to “last month” or “this spring” to reflect the passage of 2 years’ time.  I assign no blame in this creative nonfiction story … sometimes animals’ and people’s needs are mutually conflicting, and I have no easy answers.  So this story is only intended as an exercise in fact-finding and storytelling.

Because so much of this story is impressionistic and the data either non-existent or not connectable, I have chosen to write this in the first person.  After all, it’s the result of my walks, my observations.  I’m the main source of information- but for the animals themselves, of course.

In the summer of 2012, in June and July, I noticed the lowest water levels I have ever witnessed at the “lower College pond,” or the “pumphouse pond.”  (It’s really, I’m told, a booster station, not a pumphouse.)  Since I didn’t write down dates and didn’t at that point plan a story, the low water might have occurred earlier.  I wanted to try to figure out what had happened.  That and the passing comment of a middle-aged female walker there in the late spring of 2012 who said that “They trapped—drowned—a few beaver and an otter here this year.”  Maybe no major calamity occurred that would affect the average citizen- no property loss, no flood, no edible species loss- but I would learn something, and pass it on.  And there may be results that could be avoided in future.

Was this lower water level a planned thing, an annual event I hadn’t noticed before, or nature taking its course?  If the former, what could be done differently?  If natural, can we busy humans ameliorate the results in some way—assure the water depth for nesting dabblers and divers?

Why were the thirty-odd blue-winged teals (well, let’s just say teal—that much, I know) all but sitting on the mud floor of the pond during the lowest water period?  Were they better off, or worse, than when it had been deep?  After all, they all seemed to be busy feeding in the muck, not having to show their tails and stretch their bills to the bottom.  What effect did the lower water have on nesting, and did the lowering first occur at a time when nests were built in the landlocked (in early summer) reeds on the southern edge of the pond?  Previous years one could see hens gliding back into the reed clusters where the nests must have been.  A couple summers ago I had tentatively identified canvasbacks doing this, along with more regular mallards and teals.  Not so this year.  Was the water lowered before the ducks could begin the nesting and brood-rearing, or was the drain pulled after the fact?

And what of the fish that I have always seen leaving their breaching circles on the surface, especially over on the north side by the dam, under the powerline that had been put in when the Canada Winter Games necessitated those dwellings up by the College …  Did they find enough water and was the food as available, less available, or about the same?  Are the kingfishers getting lucky?  Fish easier to see and get?  Less water surface would seem to suggest fewer insects getting glommed onto the pond, so perhaps fish are struggling … but I am not a biologist.  And what of the eagles’ success rate (there is always one or two) compared to when the water is deep?

Meanwhile, the “upper College pond,” the one that boasts a snowmobile association picnic table and that is very close to the Alaska Highway, was as deep as always.  This is the pond upon which I often find otter tracks and slides in winter (I have photos of these, the most recent an otter slide photo taken during the winter of 2011-‘12), and in summer the occasional fisherperson.  (Well, I’ve only ever seen fishermen or boys here.)  There are normally a few ducks here and there in the prime months but, oddly, never so many as I saw even in the lowest-water-level “pumphouse pond.”

Indeed, the low water level seemed to bring in the ducks, even if they were all the same type (to my untrained eye).  Whereas the most duck I saw at the upper pond were the 3 or 4 sunbathing ones on a warm little bank of a small island (no identification possible, although on October 14 another group of 7 teal took off from just the same spot), which awoke with a quack when I and my ageing dogs appeared on the shore to munch on sedges (the dogs, not I) and lap at the algae-blooming water.

Now, as these things tend to go, the pond has played a trick on me.  As I was locating expertise for this article, collating the information to try and discover what happened, lo and behold: the waters riz, and the creek as of the Sept 23 weekend was booming, as if it were spring and not closer to freeze-up.  I half expected to see log-drivers floating by with their balancing sticks and gaffes, Québécois expressions colouring the air.  What gives, and what gave?  Did the dam attrition without busy beavers working it, or was it torn up by humans?

Various “non-experts” e-mailed or found me in the phone book (I’d put out an Artsnet call for any ideas of what may have happened), and expressed their dismay or opinions and gave voice to their impressions that yes, the water’s never been this low … ever.  Others said that it had, but a long time ago.