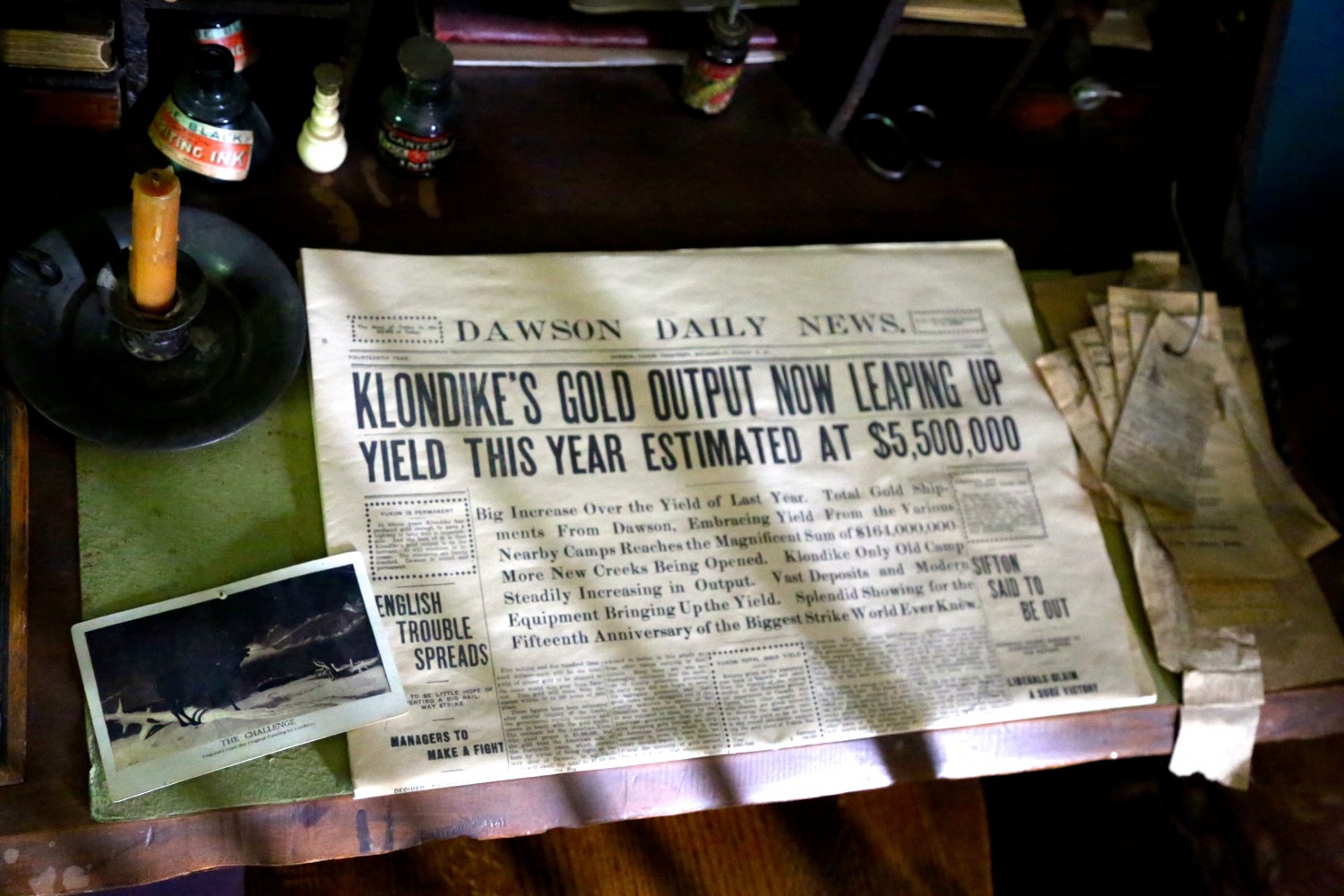 This copy of the Dawson Daily News decorates the cabin of the Yukon’s famous poet Robert W. Service in Dawson City. The paper stays on his personal writing desk in the cabin, it brings back many memories of the famous Gold Rush era. It tells many stories about Dawson’s life, culture, and much more.

Under the main headline “Klondike’s Gold Output Now Leaping Up” and subheading “Yield this year estimated at $5,500,000″; it tells more, “Big increase over the yield of last year. Total gold shipments from Dawson, embracing yield from the various nearby camps reaches the magnificent sum of $164,000,000. More new creeks being opened. Klondike only old camp steadily increasing in output. Vast deposits and modern equipment bringing up the yield. Splendid showing for the fifteenth anniversary of the biggest strike world ever knew.”