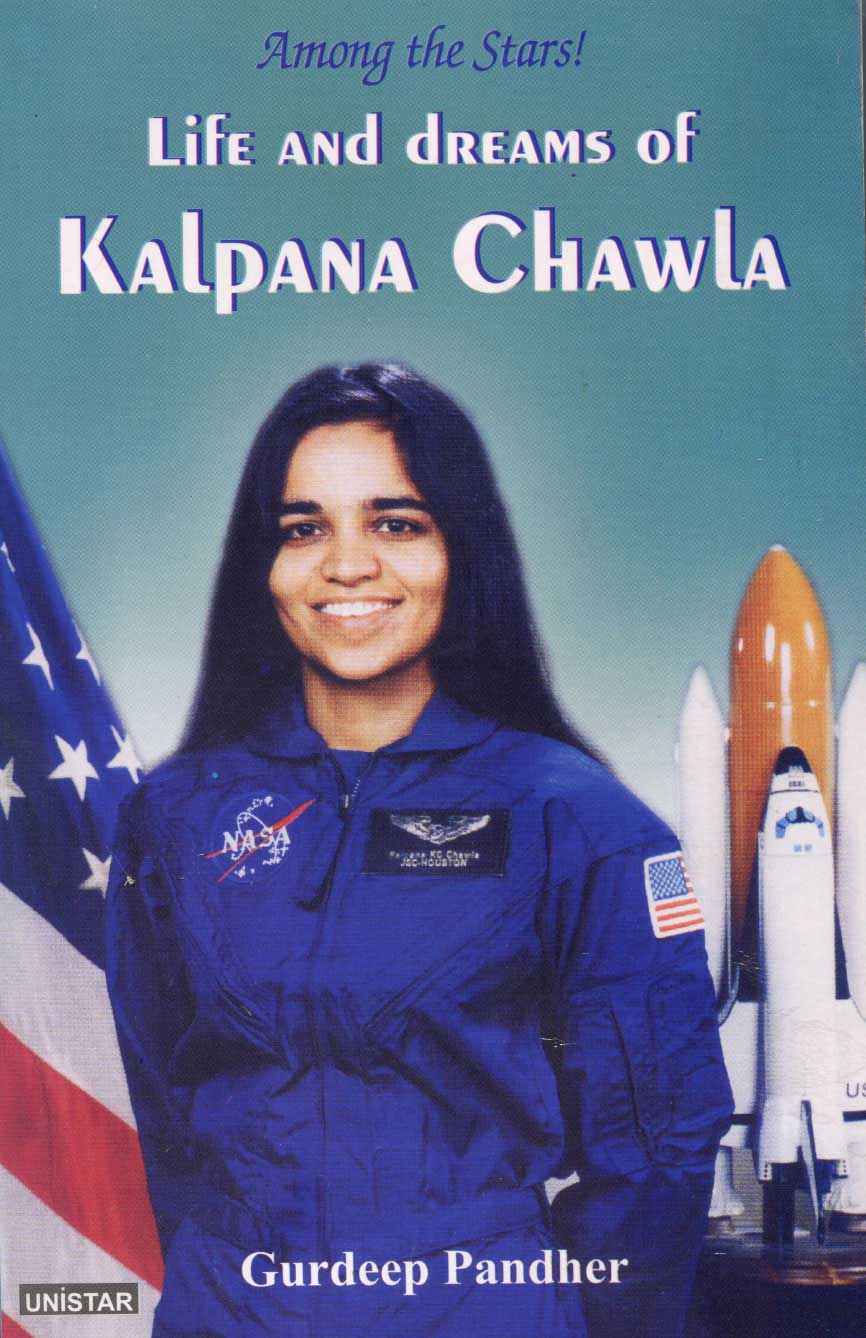 Kalpana was a courageous woman who dreamed big. Really big. Not only she dreamed, she concurred all the obstacles to realize it. She dreamed of stars. She went to the space to be among the stars.

She did her Bachelor’s degree in Aerospace Engineering from Punjab Engineering College at Chandigarh (Punjab, India), Masters from University of Texas at Arlington (Texas, US), and Ph.D. from University of Colorado at Boulder (Colorado, US). After completing rigorous education and training for many years, she became an Astronaut with the world’s leading space and science agency NASA. A dream which comes true only for a few. NASA sent her to space twice.

But her successful story met with a tragic and unfortunate end. After her second visit to the space, when her Space Shuttle Columbia was returning to earth after being in space for around two weeks, it crashed before touching the earth, taking life of Kalpana and other crew members in the shuttle. That tragedy happened on February 1, 2003.

Then US president George W. Bush said in his condolence speech, “None of our astronauts traveled a longer path to space than Kalpana Chawla. She left India as a student, but she would see the nation of her birth — all of it — from hundreds of miles above. When the sad news reached her home town, an administrator at her high school recalled, “She always said she wanted to reach the stars. She went there — and beyond.” Kalpana’s native country mourns her today, and so does her adopted land.”

Coincidentally, current Whitehorse based author Gurdeep Pandher was Kalpana’s family friend. Kalpana’s death brought immense sadness not only to the family, but to the entire nation of India. Gurdeep was a university student at that time when saw Kalpana’s family, her village and entire nation in extreme sadness. He decided document the story of her life in a form of a book. It took Gurdeep around a year to do research. He spent many weeks with Kalpana’s family, her teachers, libraries, even at US Embassy in India to collect beautiful memories related to her life. Kalpana’s father Banarsi Chawla gave Gurdeep her many beautiful photos, videos, documents and told her other stories. Gurdeep collected her story in his book titled Among the Stars – Life and Dreams of Kalpana Chawla.

This year on February 1, 2019, it is 15th anniversary of that unfortunate tragedy. Yukon College and Gurdeep Pandher have decided to host an event together to remember her and talk about his book on the inspiring life Kalpana Chwala.