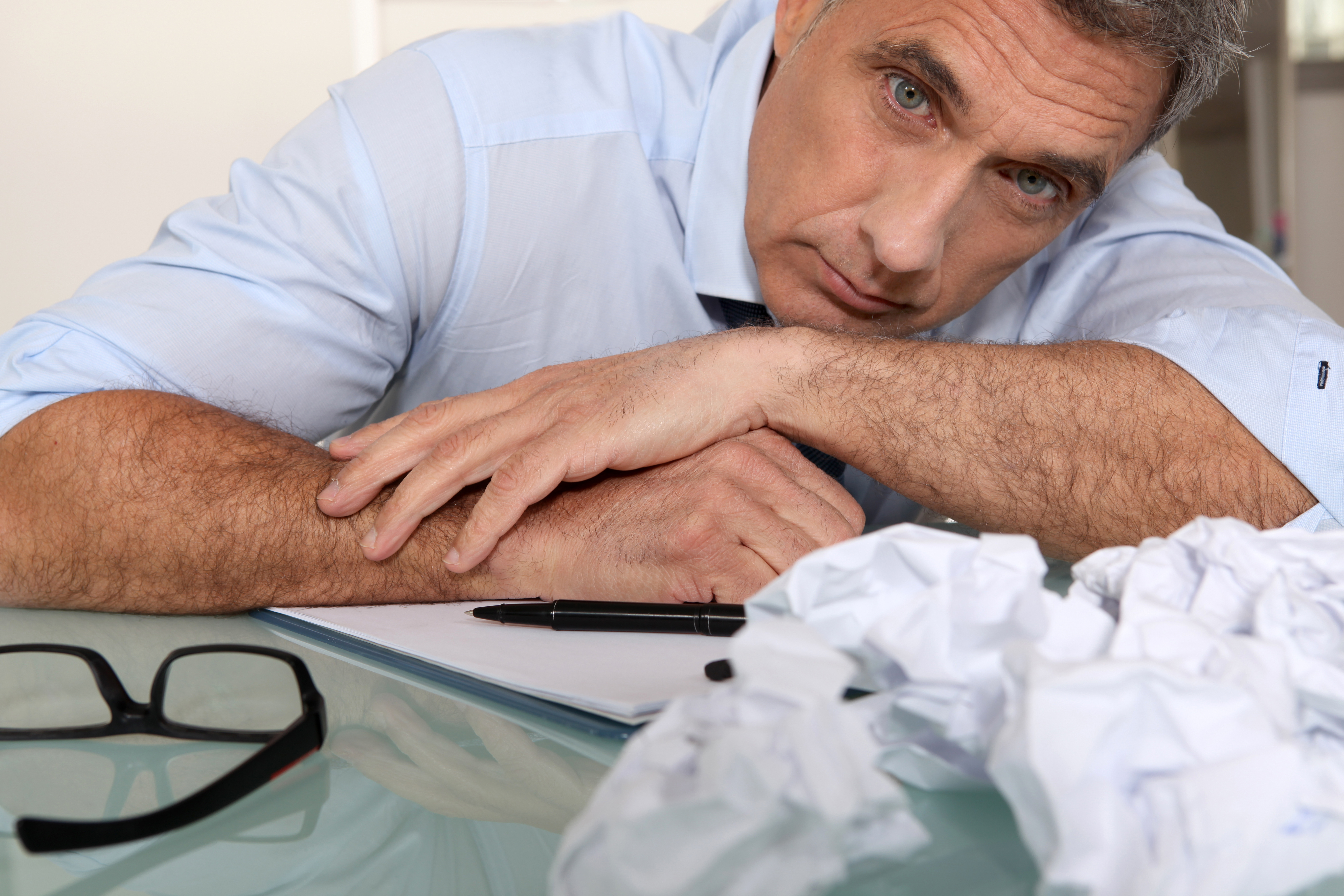 You’ve probably heard the phrase “Writer’s Block”. But what exactly is it? Is it the block of notepaper that writer’s use to jot down ideas? Is it the weighted block used to contain the strewn mountain of disorganization typical of right-brain thinkers, for when the cat jumps on the pile?

No, the feared Writer’s Block is something much more terrible, something deeply dreaded by those relying on originality of ideas for their work. It is when the glass of creative juice has been drunk to complete emptiness. It happens when all ability to generate sentences and paragraphs of any sort simply stops. Kaput.

It is like the athlete that suddenly cannot perform a skill they have succeeded at countless times, or the musician that suddenly forgot their concerto. This mysterious psychological phenomenon can have several causes.

Sometimes a writer’s brain goes into overdrive and there are so many ideas all seemingly hyped on quadruple espresso, whirling around inside the skull in a struggle to burst out whilst merely colliding into each other, and run-on sentences just run on and on too fast to catch and freeze on some paper, thoughts racing far past the constraints of finger dexterity…

The solution? My god, take a chill pill! Simmer down the boiling over alphabet soup! Sometimes writers just need to chillax. My dad, author of several books, occasionally does this by enjoying a cold beer or puffing a Cuban cigar. But there are also healthier methods than his think drink or his think stink. How about a hot bath, a walk or a ski on the river? Then, once the overdrive has been geared down, some form of coherent thought can begin to assemble on the pages of your notepaper block.

The polar opposite can also happen. Your brain could feel like a black hole, devoid of any thought whatsoever. But, ideas are a dime a dozen. The joy of writing is that unlike most activities, the subject matter can be anything at all, and constantly changing. From mystical extraterrestrial creature sightings in the North to the latest seasonal beer at Yukon Brewery to, heck, even Writer’s Block, one can write on whatever it is that piques your interest at the time. Topics are easy to come by, and the problem lies not in a lack thereof.

So perhaps the black hole issue stems from a tree of emotions within the writer. Whereas runners can run on, accountants can count on, professors can blab on, politicians can fib on, emotional states within writers can simply halt the flow of ideas. Maybe fear of disappointing yourself paralyzes you to become frozen stuck. Or perhaps the writer is bored, uninspired, or discouraged.

Well, we’ve all heard of countless remedies for such dilemmas. Do yoga, drink antioxidant tea, go for a long walk on the beach. Take a hot bath, smoke a Cuban think stink, have sex with your lover. Talk to the cat, eat chicken noodle soup, go see the shrink. Listen to music or try other methods of creating, such as painting, photographing, or dancing, just to fill up that glass of Creativity Punch.

But perhaps the real solution is merely to view Writer’s Block not as a problem, a dreaded ailment of those attempting to produce originality. Perhaps Writer’s Block is simply the footprint for creativity; the priming of the right brain for an explosion of vocabulary onto the parchment. Given enough time and patience, supplemented with the Chill Pill, writers are bound to move past this stage of inventing a masterpiece. After all, the empty punch glass can only be replenished once again!