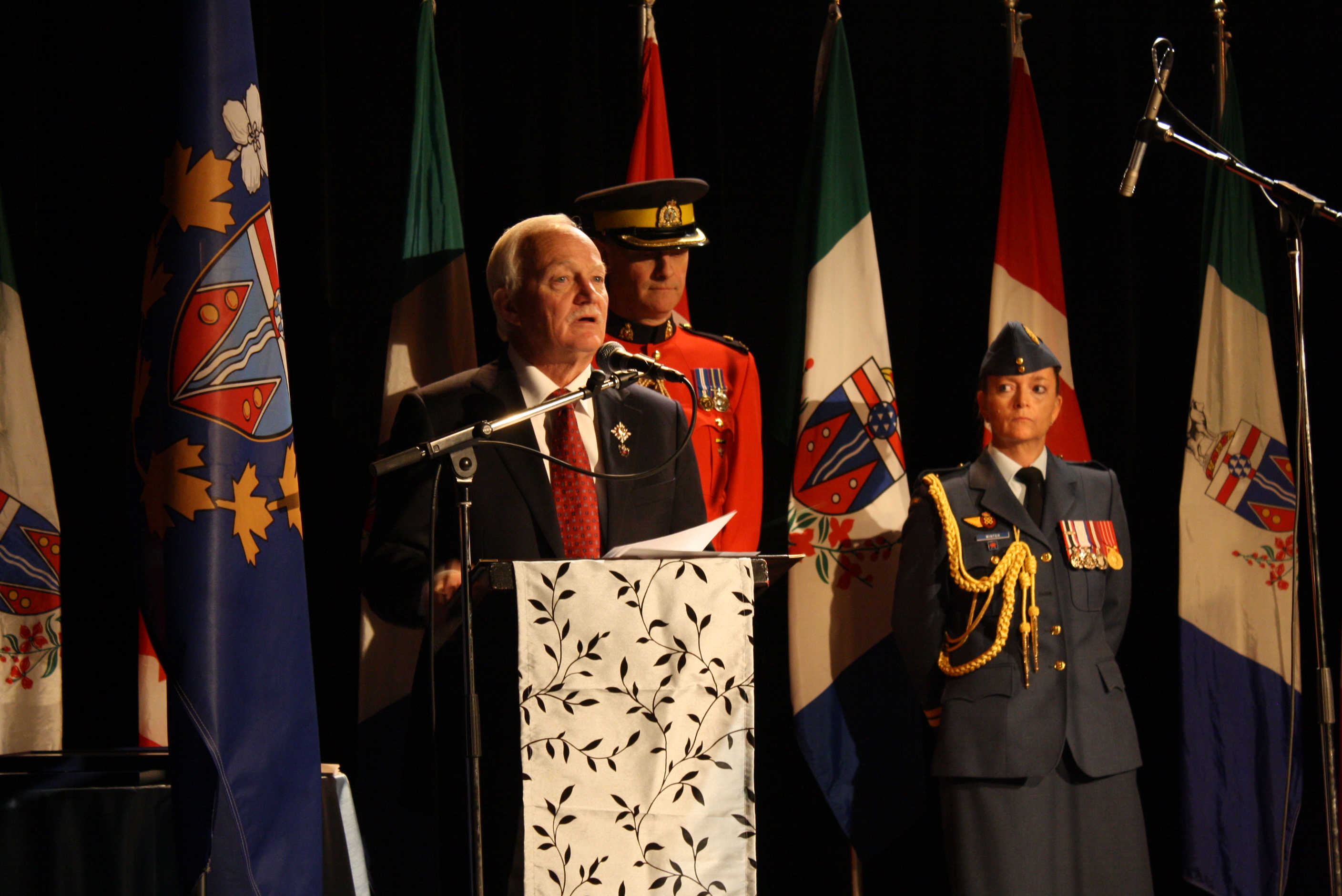 [dropcap]We[/dropcap] all know the territory is home to some of the finest artistic talent – from craft artisans to musicians to visual artists, the North seems to play the role of muse for many Yukoners, who contribute to our wonderful and diverse cultural richness.

This trend appears to be present in Yukon’s youth as well, who are receiving much less limelight even though they are exhibiting no less talent.

It is with this in mind that the Commissioner of Yukon, the Honourable Doug Phillips, was inspired to present young artists from all over the territory with unique opportunities to showcase their talent.

Mr. Phillips has been involved in Yukon public life for over 15 years as part of his political career, and continues to do so since his appointment as Commissioner of Yukon in 2010.

In this role, he considers himself to be in the ideal position to achieve positive impact for Yukoners. “You get to see the benefit while being in a non-political role,” Phillips said.

Mr. Phillips’ dream was to promote and highlight Yukon’s talented youth. “There’s so little opportunities for youth to perform,” explained Lyndsey Hamilton, of the office of the Commissioner.

To address this, the Commissioner’s Youth Showcase program was created, which aims to recognise and encourage young artists and musicians in the Yukon through performances and artwork displays held during several events each year.

On Friday, November 22, the Commissioner hosted the 2nd Annual Youth Showcase Concert at the Old Fire Hall. This event invited the public for a lineup of music and dance performances, as well as an art exhibit displaying visual pieces by young artists from all over the Yukon.

The dual-purpose of this event was to give youth a chance to perform in front of a large audience, as well as to give Yukoners a chance to be exposed to these youth.

Featured artists are chosen for this and other events twice a year by an impartial committee of volunteers. In addition to the chance to perform, selected young artists are also presented with a framed certificate in recognition of their achievement, as well as a gift certificate to encourage them in their artistic pursuits.

“It was like a dream,” Phillips said in an interview following the event. “I was a bit emotional, it was better than what I had in mind.”

Some participants at the Showcase Concert are also invited to perform at other events such as the Commissioner’s Tea and Ball held annually in Dawson City.

Over the course of these events, Phillips realised that it’s not only a positive experience for the youth involved, but that “the effects can be far-reaching.” The parents and the teachers benefit, while the audience itself is transformed, he explained.

“If even one of these kids becomes successful in his or her career – and likely more than one will,” added Phillips, he or she will be able to look back on this experience as an opportunity to gain confidence and will to persevere.