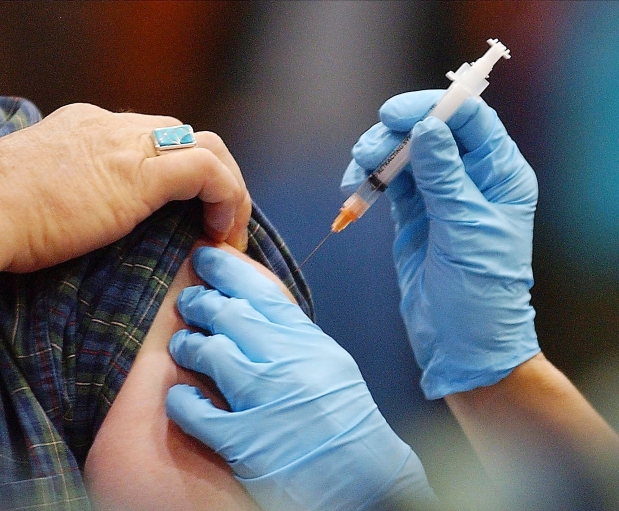 “We have another early start to flu season with 16 lab-confirmed cases of influenza in Yukon since early December,” Hanley said. “That’s only the tip of the iceberg since we know that for every lab-confirmed case, many more are not officially diagnosed.”

As in the rest of the country, most of the influenza is affecting adults in the young to middle-age group. The majority of confirmed strain types have been H1N1, which is covered by this year’s vaccine. As well, there have been hospitalized cases with suspected influenza, awaiting laboratory confirmation.

“If you haven’t received your immunization yet, I recommend you to do so,” Hanley said. “While the most vulnerable are usually the very young and those over the age of 65 years, this year’s flu is just as likely to affect young adults.”

Hanley warns, however, that supplies of influenza vaccine may be limited: “We have already surpassed last year’s total of vaccine doses given. Although we are making contingency plans for extra vaccine, there are demands across the country and there is no guarantee that we will have enough for all comers.”

For drop-in times in the communities, contact the nearest Community Health Centre.

This increased flu activity and its effects on the adult population are very similar to what is happening in British Columbia, Alberta and Alaska, which have also noted an increase in serious cases and hospitalizations. According to the Public Health Agency of Canada, 97 per cent of strains tested so far match the current vaccine types.

Hanley adds that Yukoners can help protect themselves by:

Symptoms of influenza include rapid onset of fever, cough, sore throat, aches and pains. Rest and symptomatic treatment are often all that is needed. People who suspect they have the flu should stay home until they are feeling better. Those with severe symptoms or underlying medical conditions should get medical advice, either by calling the Yukon Healthline – 811 or consulting with their community nurse, family physician or the physician at Emergency.